There is a New Dog in Town

A couple from Pennsylvania visited my office to talk about adding on to their home.  They brought with them a beautiful, sweet-natured, English Setter that they had just gotten and who behaved so well in our office that I asked in passing where she was from.  It turns out she was from a pretty famous breeder called DeCoverly Kennels.  They also said there was a large male available.  I mentioned that to my wife and the next thing we knew we were on our way to Pennsylvania.  Gus gets along amazingly well with our other dogs, not too well with Chloe our cat, he doesn’t pay much attention to the sheep unless they get out of the pasture, and is ok with the chickens except when one escaped the pen.  Gus ran the chicken down, picked her up gently, and handed her over while only ruffling a few feathers. 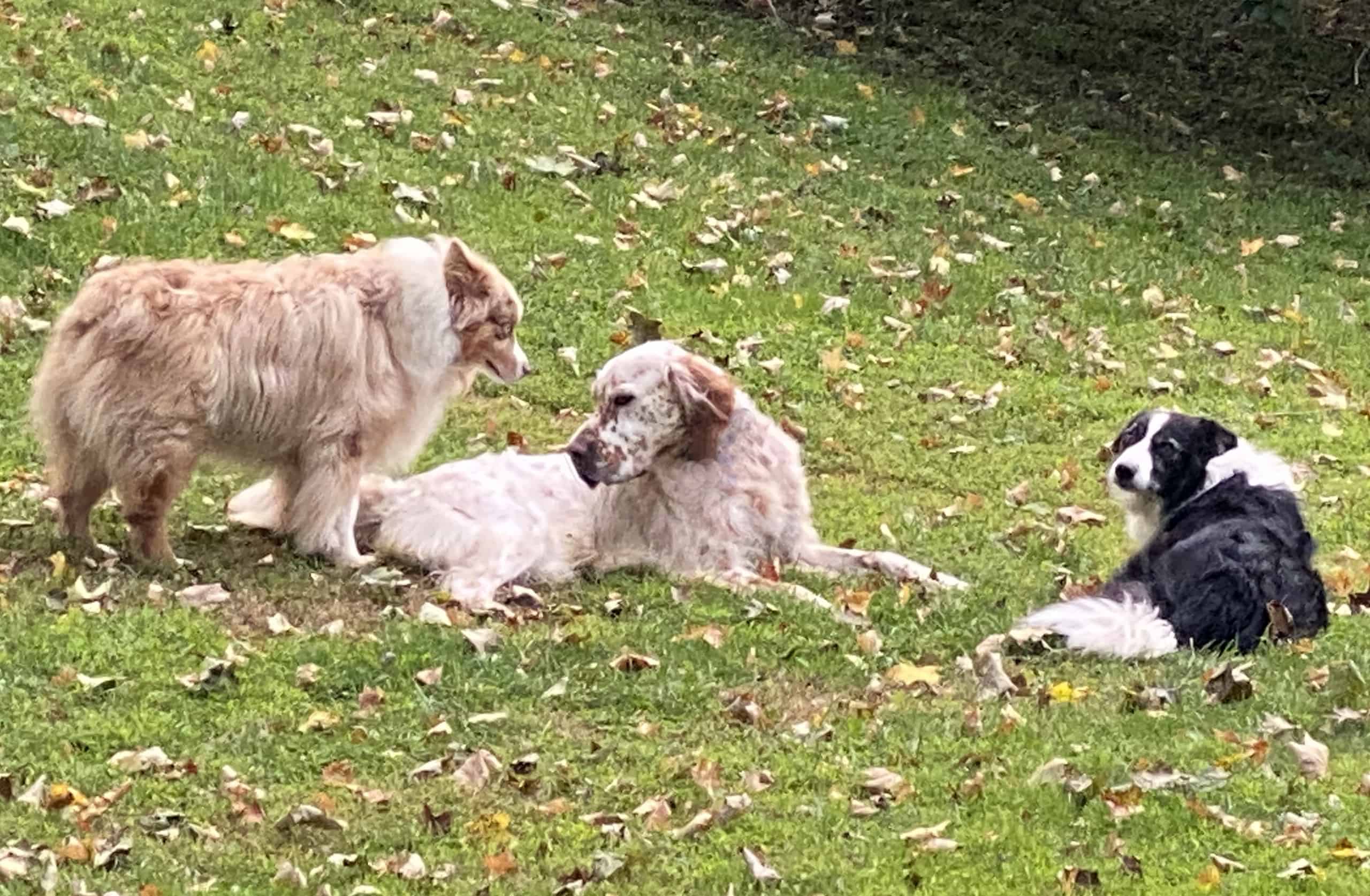 Rosie, Gus, and Oliver Getting Along Well 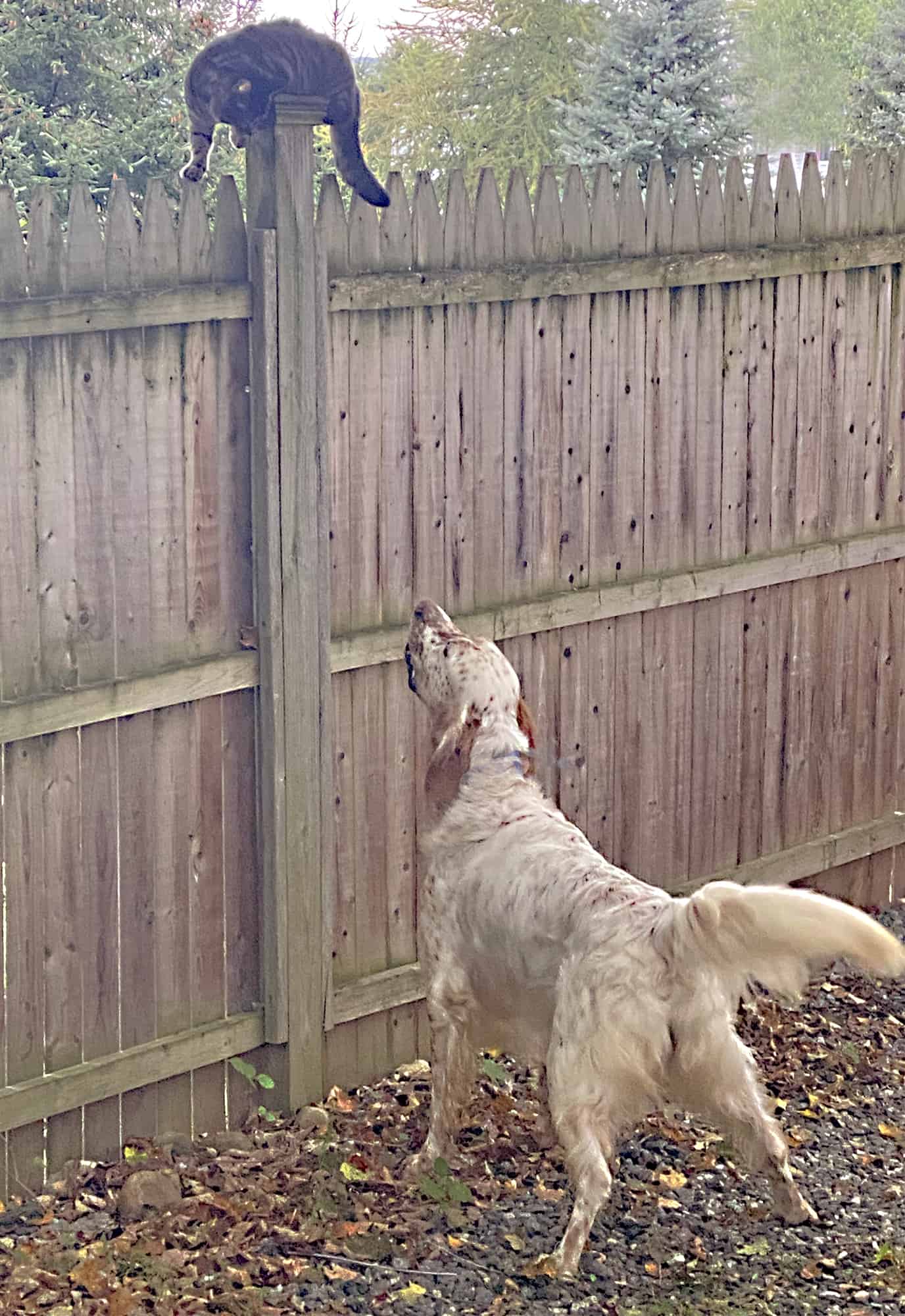 Chloe and Gus Not Getting Along So Well 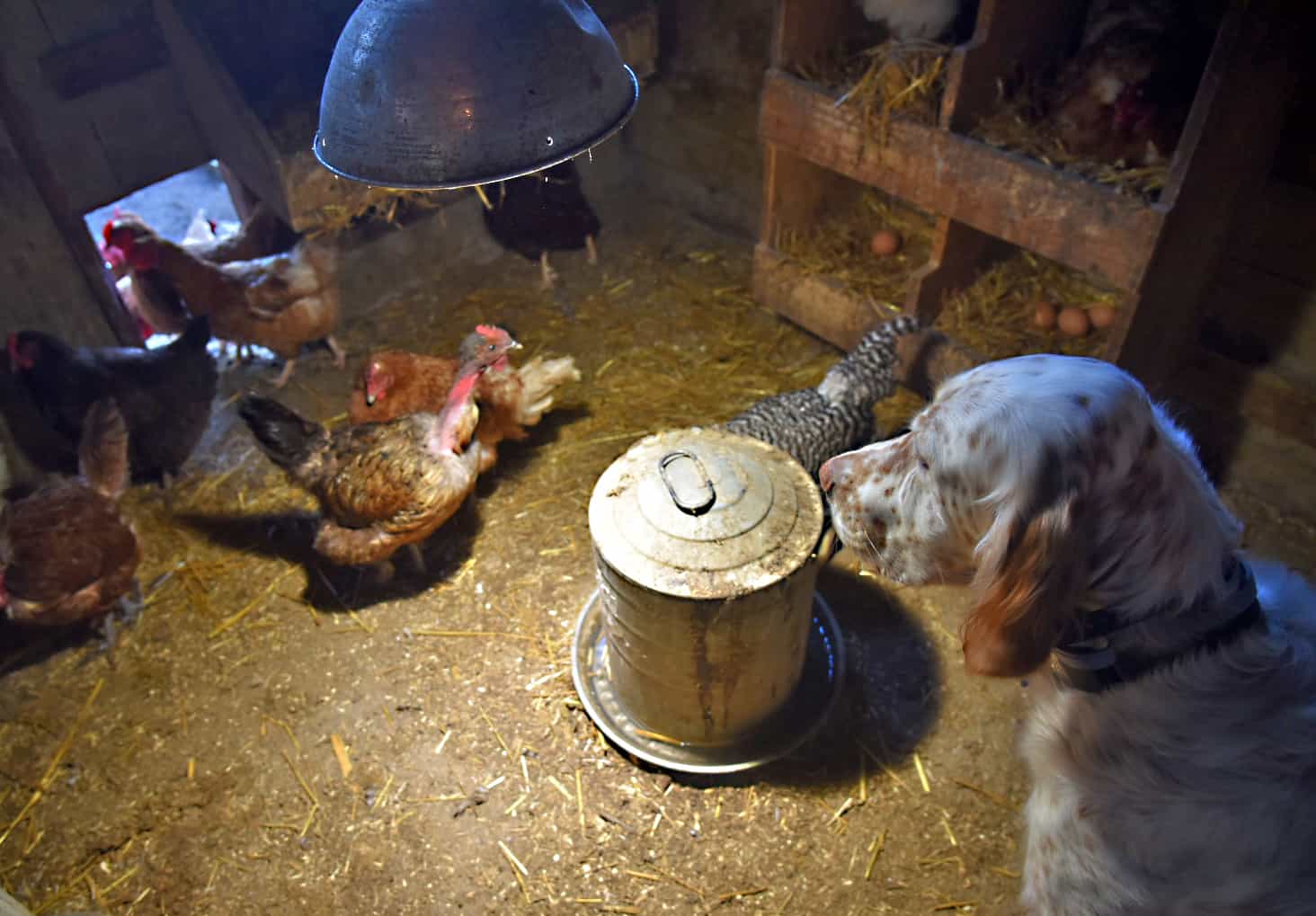 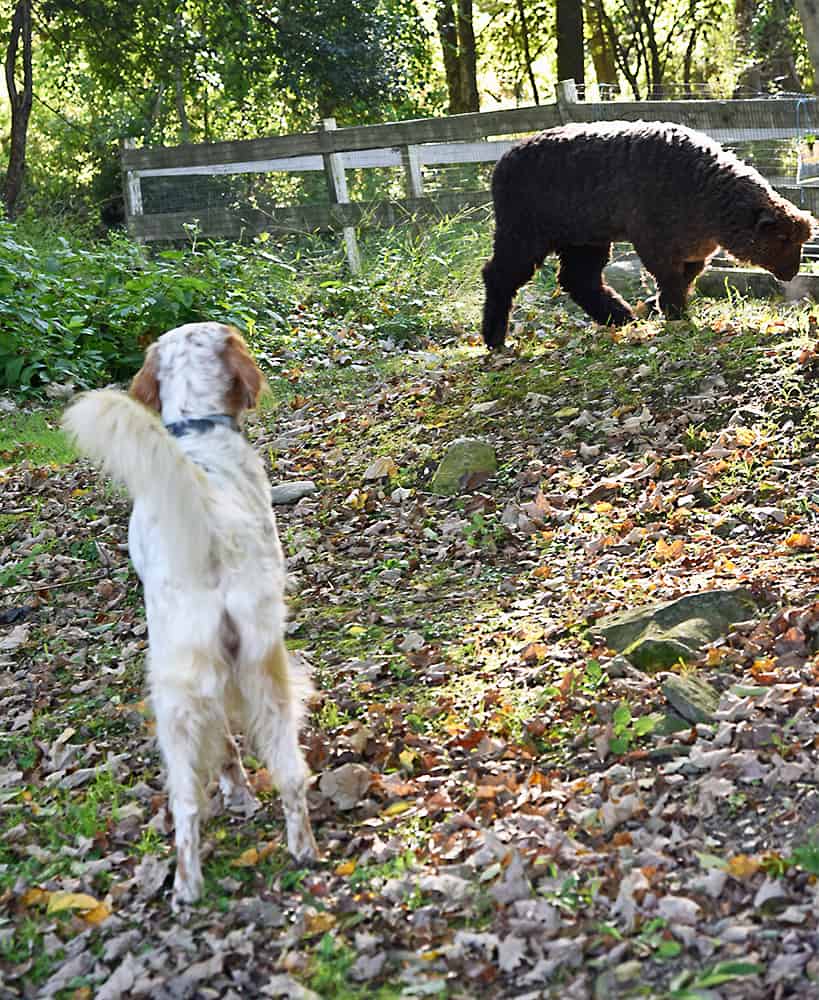 Gus Filling in as a Sheepdog After an Escape 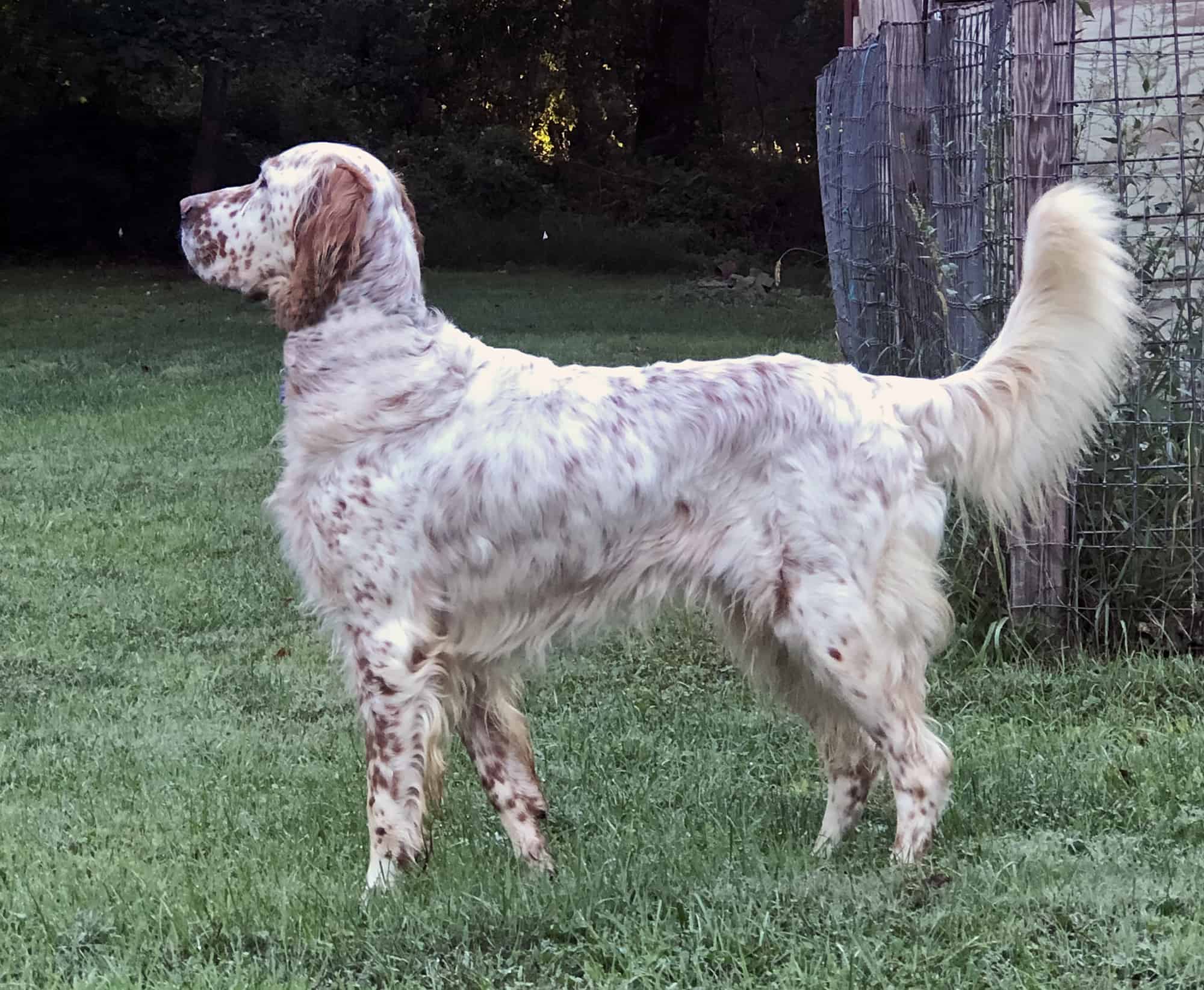 On a sad note, Poppy our skinny barn cat that we raised from a tiny kitten, disappeared a few weeks ago.  She had an identification chip, we contacted neighbors, put out posters, and blanketed social media, and lost animal sites to no avail.  Eventually, we put two and two together and think she may have been killed by a raccoon. At the same time she disappeared, we had several chickens who were killed in a way associated with raccoons.  Poppy’s way of meeting Chole, our other cat, as well as our dogs, was to immediately chase them around the house.  It was unclear whether she was being friendly or trying to pick a fight, but the result was that she dominated the other larger animals.  We fear she approached a big raccoon the same way and therefore met her match.  She is sorely missed. 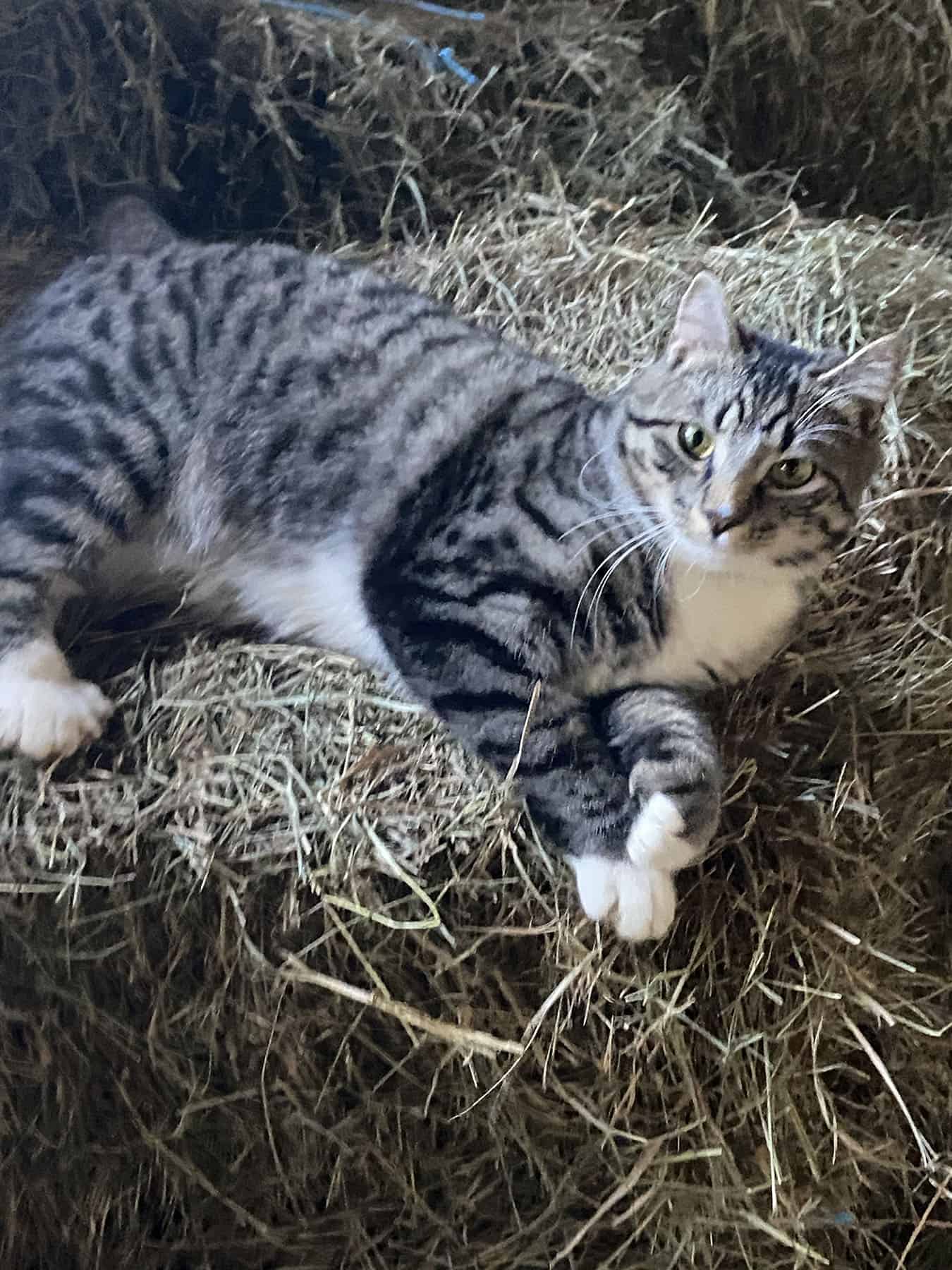 Poppy in the Barn 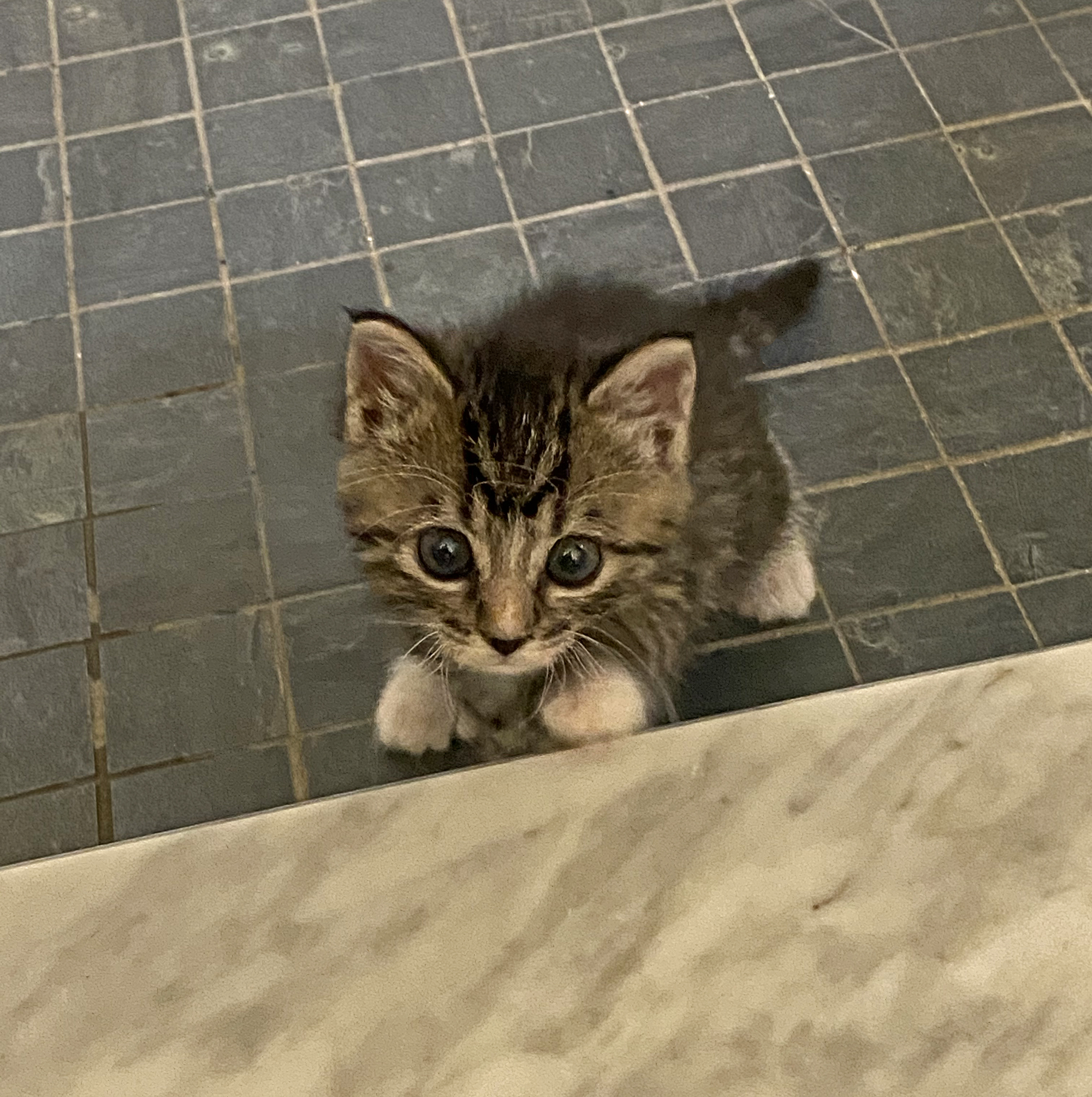