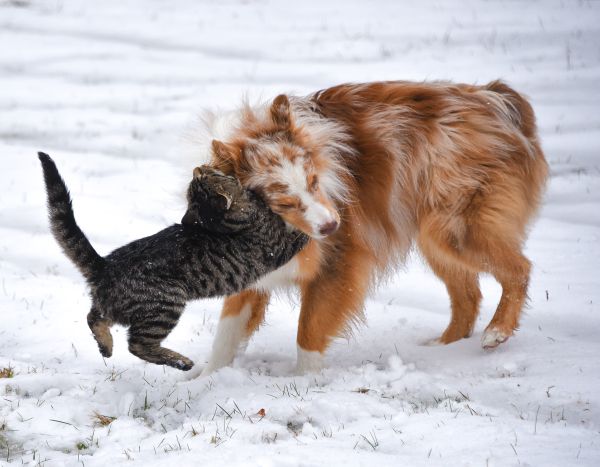 Our children don’t always get along, but our animals can’t seem to get enough of each other.  I will say though, none of the other animals carry on a love affair like Chloe the cat and Rosie the dog.  When we walk up to feed the animals first thing in the morning, Chloe hides behind a tree so she can ambush Rosie and then they both proceed to wrestle, chase, and hug and chew on each other.  I personally have never seen such mutual affection between a dog and a cat (although Chloe is my/our first cat).

Now I will say, the chickens, sheep and bunnies get along too.  The sheep do not seem to mind the chickens eating out of their trough.  At the same time Chloe and Rosie do not bother the chickens or the bunnies and Rosie only herds the sheep when they get out.

On the other hand, we had an unwelcome visitor the other night.  I have an animal cam which automatically takes photos of anything that moves behind our barn.  The other night it snapped a shot of a large bobcat who would be trouble for any of our animals.  That sighting was particularly concerning since one of our ewes is pregnant and due soon.  Fortunately, the barn is secure and bobcats don’t normally prowl during the day. 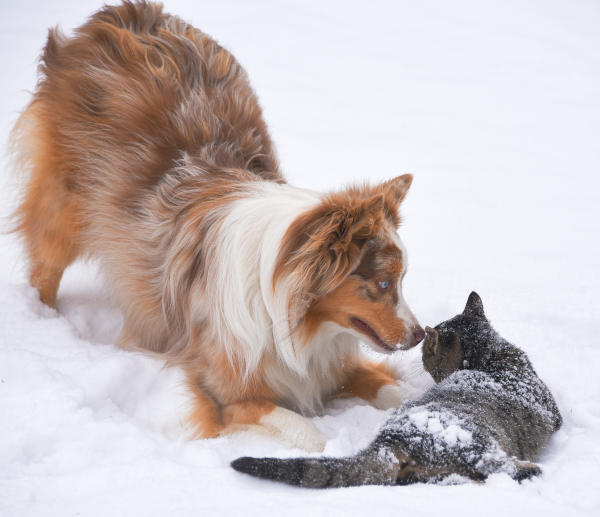 Rosie and Chole in the Snow 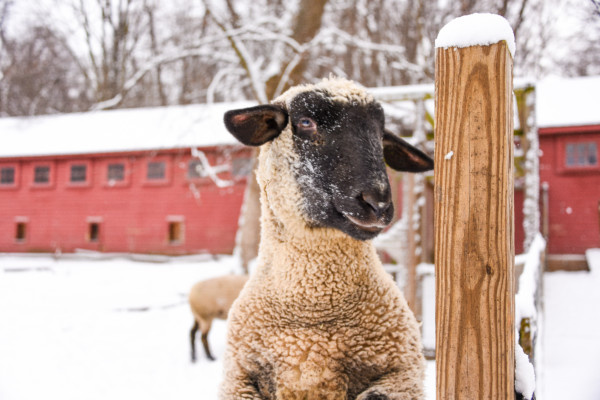 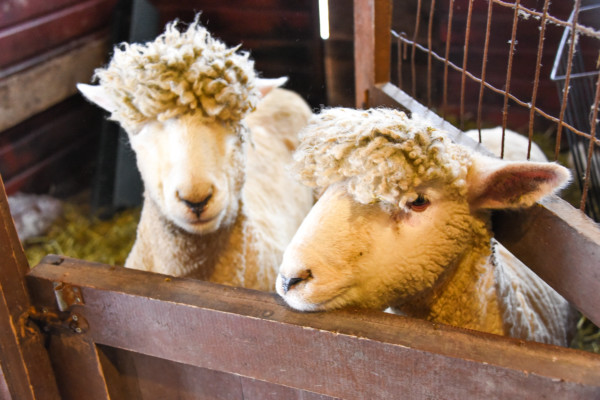