America has had a love affair with porches that goes back centuries. Although few of the earliest Dutch and English colonial homes had porches, it wasn’t long until they were added to the beautiful stone and wood structures.

Like most of the country, there were few homes built from the mid nineteenth century until after World War II in the northeast that didn’t have a porch. From Greek Revival farm houses scattered through Connecticut to Gothic revival cottages in New York they all had one or more porches. 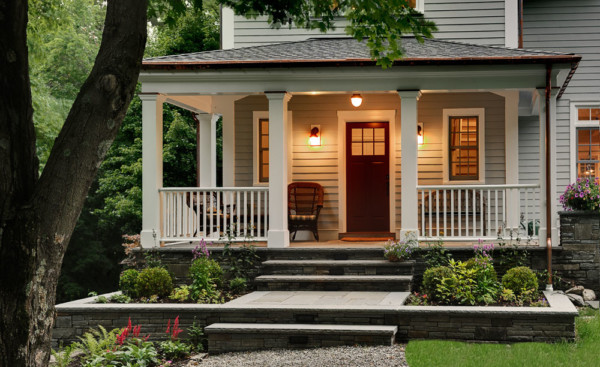 The Victorians made porch building into an art form. With the advent of balloon framing, Victorian builders could easily create more complex shapes. With manufactured building parts becoming widely available, they could adorn their homes as well as their porches with layers of detail and complexity.

Porches influenced and were influenced by the neighborhoods around them. Summer evenings were spent on the porch, neighbors visited on each other and people kept track of their children and everyone else’s from those porches. 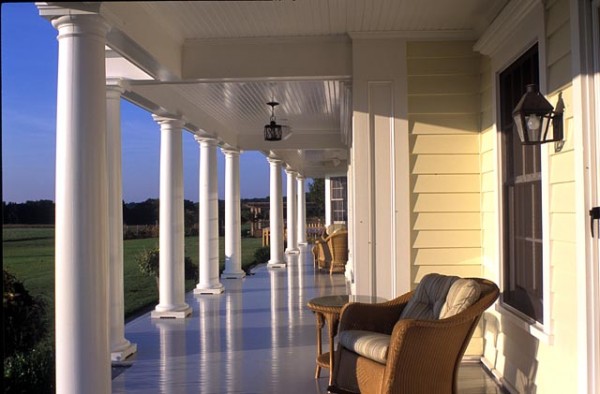 After World War II, porches experienced a dramatic decline. New suburban homes had air conditioning which allowed their owners to spend more time indoors on hot summer nights, and the neighborhoods where they were built were better suited to automobile traffic than pedestrians. A generation of Americans grew up watching television and playing ping pong in basement family rooms. 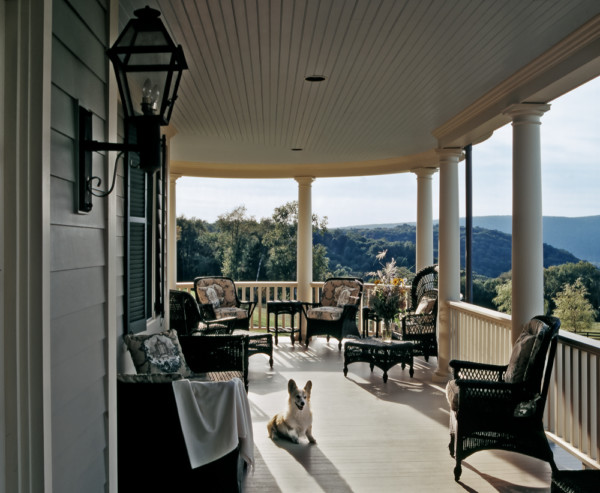 Luckily for all of us, the porch has been rediscovered and appreciated for the special place it helps create. 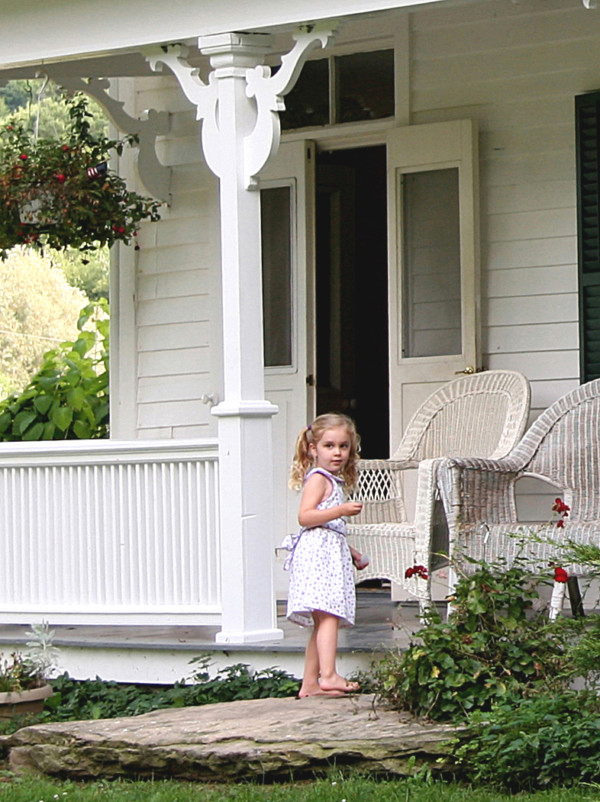 My Daughter, Abigail(a few years ago) Stepping onto Her Grandparents' Porch