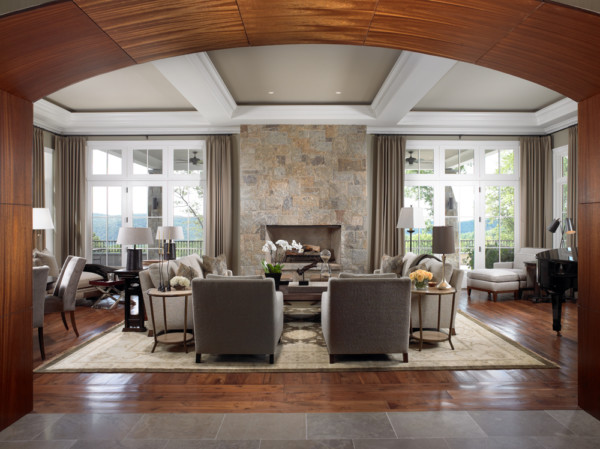 Even though it may not be the first thing you notice when you enter a room, the ceiling makes a big impact on how you perceive the space.  A well designed room should include careful study of how the ceiling is perceived.  Simple unadorned ceilings are fine as long as they fit the rooms they are above.  There is almost no limit to the design options available when considering the ceiling of a home. 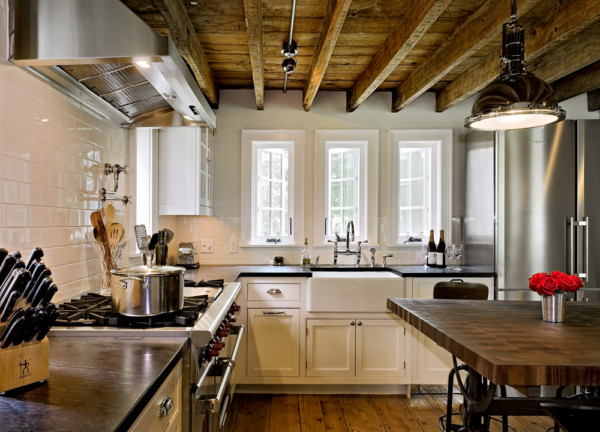 When additional ceiling height is needed, sometimes the best choice is to reveal the underlying structure.  In this kitchen, the ceilings were low and unattractive.   The beams were even better than we hoped for once the contractors took down the plaster. 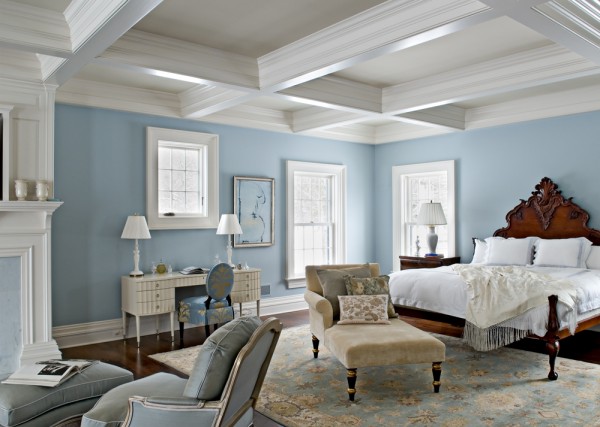 Built Up Beams in Master Bedroom

In this master bedroom, we provided interest and detail by designing built up beams which were painted the color of the surrounding trim. 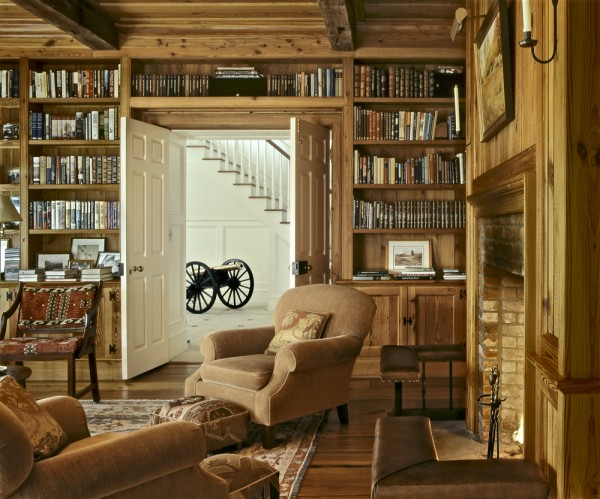 200 year old beams reclaimed from barns slated for distruction as well as reclaimed flooring work together in this study to create a warm, rustic feeling. 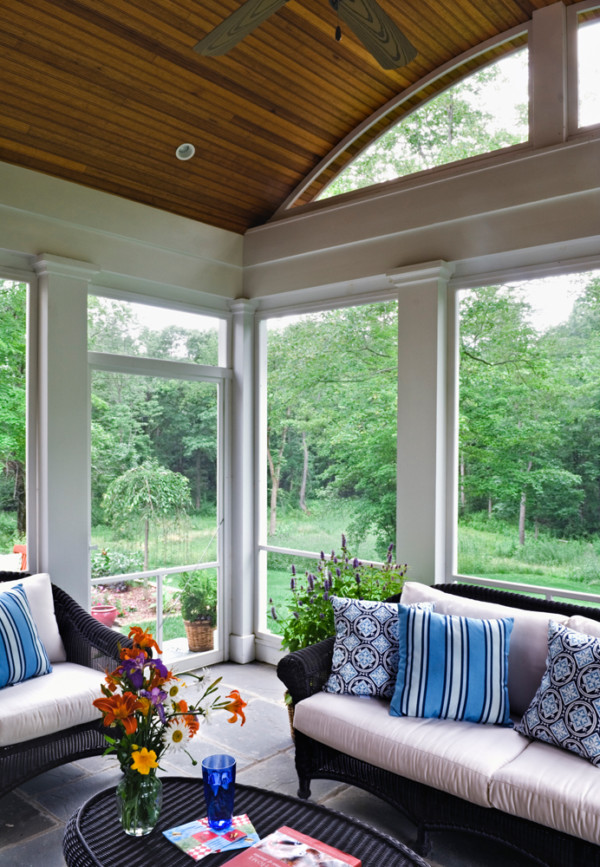 This screened porch has a lofty feeling with a natural pine bead board ceiling following the curve of the exterior structure.  The roof of this porch is a copper barrel vault.