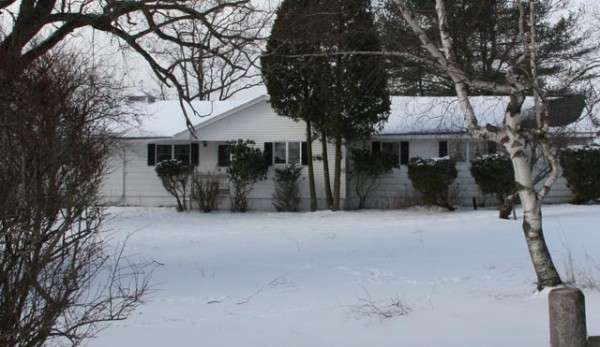 We don’t get to say this very often, but… “You could be the winner of a Crisp Architects’ designed home.”

Almost ten years ago, we were contacted by producer, Jack Thomasson, about renovating a home in Sullivan County, NY.  The “Blog Cabin” renovation was filmed in segments and will air in six different episodes including a one-hour special. Produced by DIY Network (part of the Scripps Networks Interactive -HGTV, Food Network, etc.), this was the first season in the series to take an existing home and renovate it.

We were excited. Between Jack, his contractor, Chuck Petersheim, Crisp Architects and thousands of fans, we came up with a design that worked within the budget and would give the new owners the biggest bang for the buck.  The fun thing is that the owner could be anyone who is not connected to any of the above three companies.

The concept was to find a home in a great location, in this case overlooking the site of the original Woodstock festival just two hours from NYC, and completely transform it into a home someone could love.  We designed the overall framework of the house, but fans got to pick cabinet styles, floor coverings, tile and many other features within a range of choices.

We had a great time and are happy with the outcome.