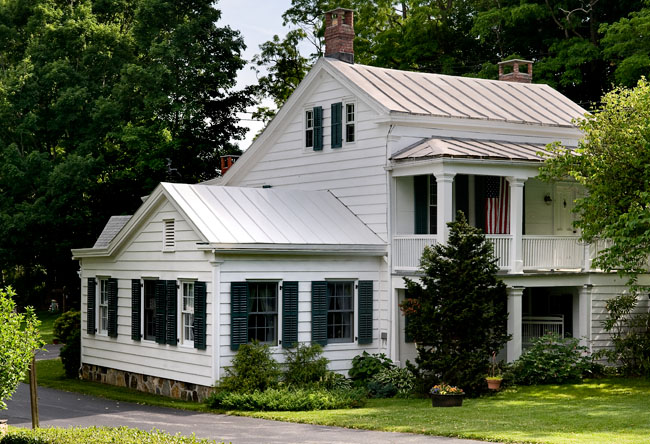 There is a wonderful hamlet of period homes near my house which are owned by a group of lifelong friends.  They are all meticulously cared for by their owners, and the idea of adding on to one of these jewels is taken very seriously.   When I was asked to design an addition to this particular home, I lived in New York City and only weekended in the area.

The task I was given was to design a dining room addition which would fit in with the old home and feel as though it had been part of an early evolution of the property.  The constraints were pretty tight in that the addition needed to stay a few feet off the driveway, between an existing kitchen window and the end of the house, as well as below a second floor bedroom window.  The solution almost drew itself, but I took credit for it.

Lucky for me, the owners were happy with their addition, and we have been friends ever since.  Little did I know, that one of the period homes in the group belonged to my future wife and her family.  We are now all neighbors and I am glad they gave me a good referral. 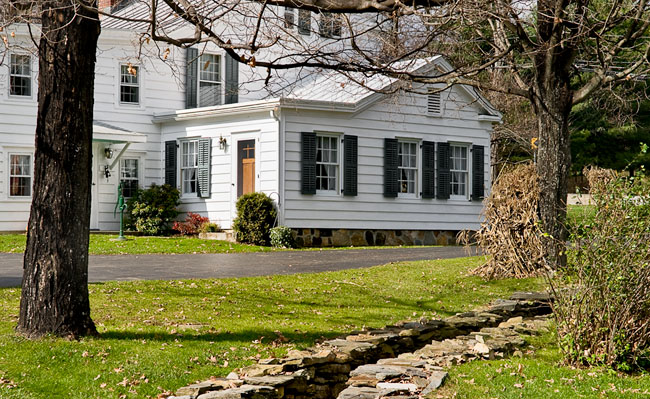