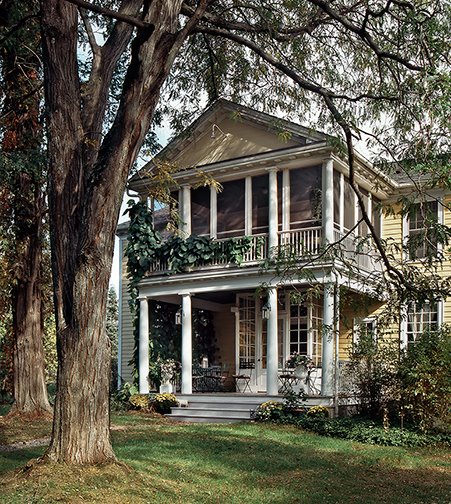 Every old home needs an advocate. A special someone who understands and cares about the details, the history, and the sense of place inherent in a period home. Those advocates may save that home from the wrecking ball or the vinyl siding salesman or the addition that would look better on a gas station. Two of those advocates are David and Nan Greenwood.

Their home is in Hart’s Village just outside of the Village of Millbrook. Philip Hart built his home in 1800 and the village of Hartsville grew around his home and mills. A very early industrialist Mr. Hart owned a gristmill, a sawmill and a fulling(a step in the production of wool cloth) mill. The wood framed home is a stunning example of a center hall Federal design.

Philip Hart’s family in 1889 added a porch to the rear of the home. The first floor was open, off the center hall, and the second-floor porch was screened in and used by the Harts’ daughter-in-law, who suffered from tuberculosis. The family believed she’d be cured if she got plenty of rest and fresh air out on the porch. The porch is now used as a place to retreat and read, a perch to view the property or an outdoor summer bedroom as originally designed.

Nan and David bought the home in 1984; they immediately began a pain staking restoration of the interior and exterior of the home including the rear porch. The Greenwoods have furnished the home with period antiques and art work giving the home a most comfortable and beautiful style. 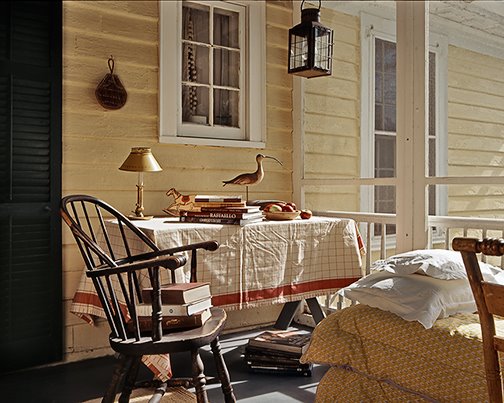