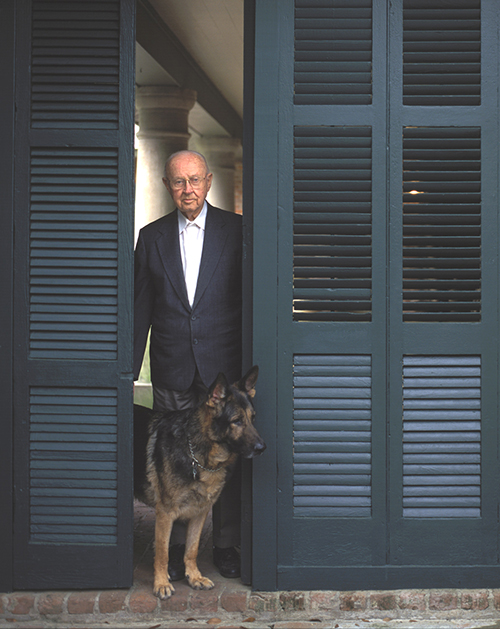 The master architect, A Hays Town was a friend of mine. He passed away a few years ago at the age of 101. Although in recent years he was not as well known nationally as he deserved, he was the master of Southern(especially Louisiana) vernacular architecture.

Mr. Town was the first architect I knew of who used recycled building materials on a daily basis. He did so not out of thrift or to save the planet, but because those materials had a history and a patina that was irreplaceable.

As an architectural student in Louisiana, I knew the work of A Hays Town very well. During those long hot summers, I would often work on construction sites, and as luck had it, I ended up on one of Mr. Town’s.

I recall looking across the room at a man in his 70’s on a step ladder. He was rubbing steel wool on some wood panels to show a finisher the level of color and hue he expected. I introduced myself and asked him about the profession of Architecture. He then, in his inimitable gentlemanly manner, spent an hour or so discussing the joy of building and invited me to tour his home. From that point forward I would periodically stop by to visit and later call, from New York to keep in touch.

He was a rare individual who is said to have designed over 1000 houses. Each homeowner felt honored to live in one of his thoughtfully designed homes.

In 1999 Philip Gould and Cyril E. Vetter produced the wonderful homage to A Hays Town in the book “The Louisiana Houses of A. Hays Town”-available through the Merritt book store as well as Amazon.com.

Mr. Town influenced many young architects, myself included. His work will continue to influence Architecture perhaps for centuries. 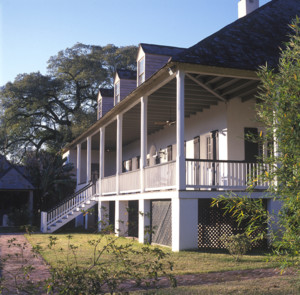 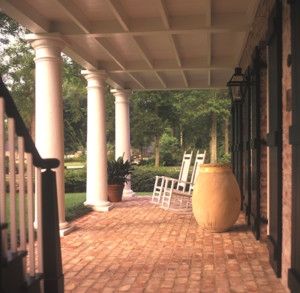